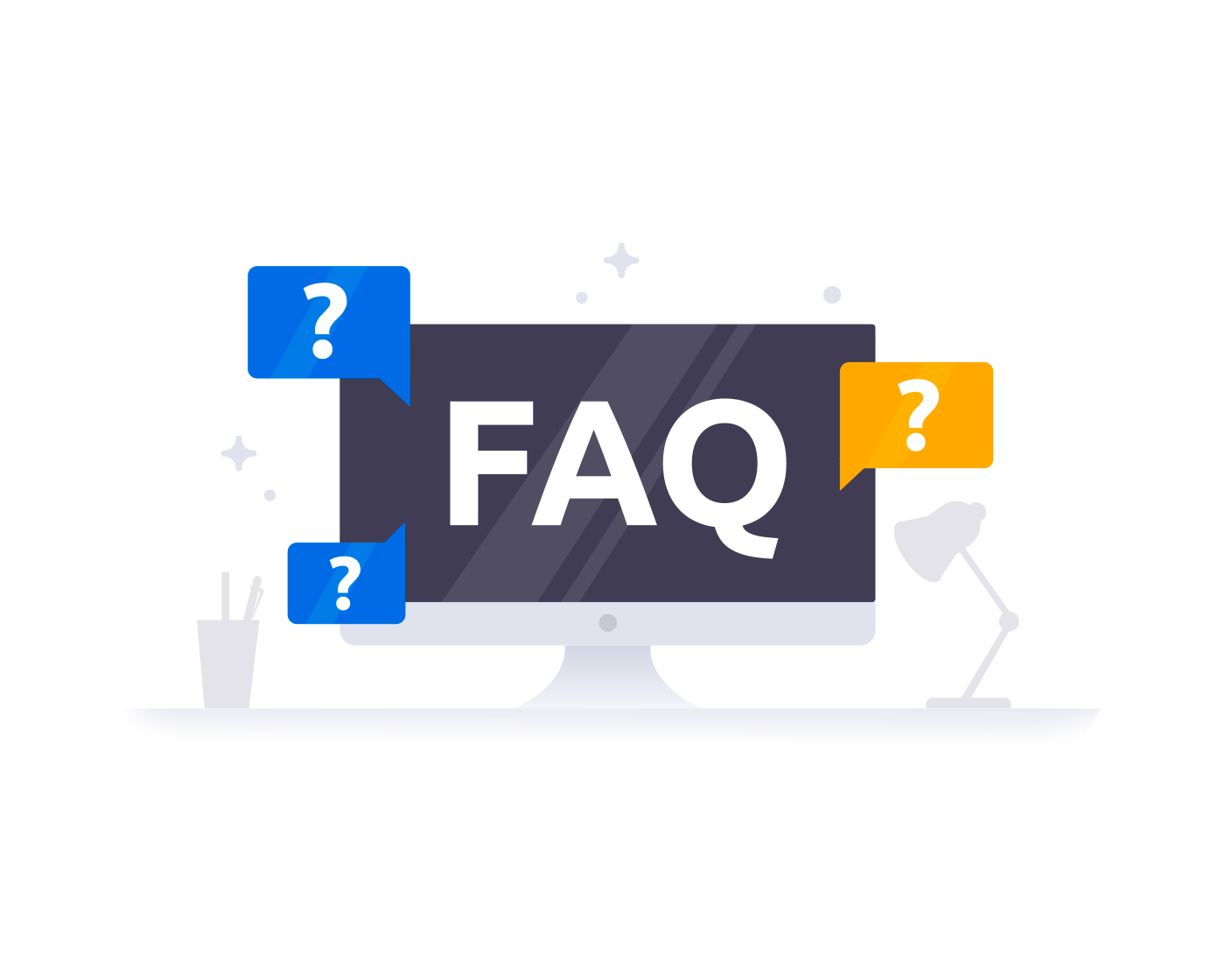 You asked, we heard ! Since we started the reward program we encountered a number of repeating questions. We've gathered all these questions in a FAQ so the information is easily available for anyone looking for answers! This FAQ will be updated with new information and answers.

Your testnet “account” is a cryptographic address accessible using a private key (derived from the mnemonic you received during the initial set up), and it can only be accessed by you.

Access to the address/account can NOT be recovered without your mnemonic. The team cannot access your account or your funds, cannot reset it, and cannot recover it. Make sure to have a safe hardcopy backup of the mnemonic as it is the only way to regain access to your address.

Losing your mnemonic might result in the complete loss of your address/account and any assets on that address.

1. Does the Dfinance network coin have a ticker?

Yes, the ticker is XFI.

2. The XFI ticker is already taken by another project. Will you change the ticker?

Changing the ticker is not a simple matter since the ticker is on the smart contracts level which are already audited and deployed and interacted with as part of the swap.

We are looking into options for mitigating the confusion. Hopefully we will be able come up with something creative which doesn't require a full scale migration.

Since XFI only exist on the Dfinance testnet for the moment, there’s no price yet.

5. Is XFI listed on any exchange?

As the mainnet network is not launched yet, XFI is not yet listed on any exchange. A $WINGS -> $XFI swap is currently ongoing.

Read more about the swap.

6.What is the target price of the XFI?

The price will be fairly determined by market supply and demand forces.

7.How about a testnet wallet?

The testnet wallet can be found on the following address - https://wallet.testnet.dfinance.co/login

1.Will testnet coins be swappable for mainnet coins?

When you take part in any activity and the results are accepted by the team, you will receive credits, not testnet coins. These credits will be swappable to mainnet coins after the dfinance mainnet launch.

2.How long will the reward program run?

The program has started and will continue to run for 2 months following the mainnet release. Note, that the mainnet is planned to be released in November 16.

On September 30 we suspend the reward program. Read more here.

3.Do you accept new registrations?

At the moment, the Reward program is suspended, so we do not accept registrations.

No. Stake refers to a portion of the total value. Credits on the other hand are a way to mark positive effort in a way that will allow us to reward that effort proportionally between all participants, according to the amount of effort dedicated.

2.How many credits can I get for taking part in the activities?

We have a detailed spreadsheet with credit amounts allocated to each activity. Please give it a look here.

1.How can I use my account address with the Dfinance coin?

Your account serves as the address for sending and receiving Dfinance testnet coins (and any of other supported transaction types).

2.I sent myself a token but I don’t see it in my Dfinance wallet?

Please go to the explorer and search for the transaction using the transaction id. If you requested coins from the faucet (using the “Request Tokens” feature) and nothing has arrived to your account, try requesting the coins again. If the problem persists please contact the team.

Please note that the PegZone is currently in alpha version and may sometimes not work as intended. We are of course working on it and are planning to release a stable version soon. If you sent test-ETH using the PegZone and it has not arrived after some time, please notify us using our social channels, so we could investigate this issue.

The dnode can be started either via docker-compose or by compiling and launching the source code, you can read our documentation for more details here.

4.What kind of a PC do I need to run a node? What HD specs will be required?

A  digital ocean node  (8GB, 4vCPUs, 6TB, 160GB SSD) should be just fine for running a testnet node. There might be a future need to increase the node capacity in case of network overloads.

5.Can the rewards program tasks be completed only by programmers or Linux users?

While the technical activities are indeed oriented at programmers and Linux users, we are certainly welcoming you to give it a try! Once we have a Windows DVM build, we expect many more users to join our testnet and earn rewards.

6.I transferred 1.456 1 Dfinance coin however the block explorer only shows 1 Dfinance coin was sent. Why is that?  Also the transaction logs appear strange. What am I missing?

The script sends the right amount, however, there is currenly an issue with the block explorer that prevents it from accurately displaying the transactions originating from smart contracts. To verify that everything is fine, you can check the recipient/destination address via wallet, or you can look at it using the block explorer.

The smart contracts data encoding is a little-endian encoded uint64, you can read more about it in our documentation.

1.How can I know if I got accepted to the rewards program?

You can search for your registered username at this spreadsheet which lists all the accepted participants and their earned credits.

1.What is the relationship between Wings and Dfinance?

Dfinance is a new project by Wings Stiftung (Foundation), the same foundation that developed the WINGS DAO protocol.

2.Where can I see the team?

Below are the LinkedIn profiles of the Dfinance founders:

The WINGS to XFI swap

XFI is the ticker we have selected for the Dfinance network coin, which will be used for securing and fuelling the network, and settling transactions.

2. Will the Dfinance network have inflation?

Yes, Dfinance will feature a built-in inflation mechanism in order to incentivize network participants such as validators which secure the network. More details about the inflation model will be released soon.

No, XFI is currently not trading anywhere and cannot be otherwise acquired. A Uniswap pool may be launched at a later date to allow everyone to participate in our upcoming incentivized testnet, however, details about it will be released using official channels at a later stage.

4. Why are you not allowing a 1:1 conversion during the entire period?

We are trying to bootstrap a new, significantly more advanced network and we want to give everyone the opportunity to join us on this exciting adventure. For this journey to be fruitful, we need to onboard an active and vibrant community. We feel that the swap model will help achieve that.

5. Won’t this lead to gas wars?
There’s absolutely no reason for anyone to try and rush in. Everyone that deposits during the first day receives the same swap ratio; even if someone doesn’t make the first day for whatever reason, the ratio on the second day only goes down by 1/182.

6. What will happen to the WINGS tokens sent to the swap contract?

WINGS tokens sent to the swap contract will remain in the contract for the entire swap period.

Since the Dfinance network is still in testnet stages, we decided to use an ERC20 XFI contract which will allow XFI to tap into decentralized platforms such as Uniswap while at the same time allow the Dfinance testnet to operate without balances concerns.

8. Why are we swapping from WINGS to XFI?

WINGS DAO was envisioned as an agnostic forecasting protocol, with ICOs being the first suitable use case for it. As ICOs disappeared, WINGS product-market fit was lost and thus the protocol became irrelevant. We then started researching and looking for a new direction and thus Dfinance was born. Dfinance is an entirely new ecosystem that uses XFI as its fuel. We wanted to give all WINGS holders a fair opportunity to embark with us on this journey.

10. What will happen to WINGS DAO?

We see the technology that powers the WINGS DAO as complementary to Dfinance and it is possible that we will launch a modified version of WINGS DAO on the Dfinance network, which will use the XFI coin and integrate with Dfinance instruments and perhaps even other networks.

11. Will I be able to swap after the swap period?

No, swapping will no longer be possible after the swap period has ended.

12. Why will the swap portal block US persons?

Without proper regulation guidelines, or in presence of regulation uncertainty, US persons are prohibited from participating. The Wings Foundation does the maximum possible effort to simply comply with regulations, we apologize for any inconvenience this may cause.

13. Can i just use a VPN to bypass the swap portal limitation?

Absolutely not, that is strictly prohibited. Please respect the rules and limitations.

14. The gas is too high now. Are there any chances that you would postpone the swap?

15. I hold my WINGS on an exchange. Will they automatically be swapped?

No. Since the swap is optional, you will need to withdraw the WINGS tokens from the exchange and manually initiate the swap either by interacting directly with the smart contract or by using the swap portal hosted by the Wings Foundation.

16. Which types of wallet are supported for the swap?

The swap portal will only support MetaMask.

If you are interacting directly with the swap smart contract you can use any erc20 wallet as long as you control the private keys of that wallet.

17. Can i send WINGS to the swap contract directly from an exchange?

No. Since the swap is optional, you will need to first withdraw the WINGS tokens from the exchange to a personal wallet and only then initiate the swap either by interacting directly with the smart contract or by using the swap portal hosted by the Wings Foundation. Do NOT send WINGS to the swap contract directly from an exchange, you will lose you WINGS and the allocated XFI.

18. Will I be able to initiate the swap after the swap release date?

You may start the swap any time between the start date and the end date of the swap, however, please note that the amount of XFI received for 1 WINGS token is decreasing by 1/182 per day. In order to receive the 1:1 rate, you will need to start the swap on the first day.

What is WINGS DAO?

WINGS DAO is a decentralized forecasting platform for conducting due diligence and price discovery. It was launched in 2016 on the Ethereum network and its first use case was ICOs.

We want to thank everyone that supported us on our long journey and continues to support and help. In the meanwhile, please subscribe and follow us on our social media channels. See you all in our upcoming incentivized testnet!